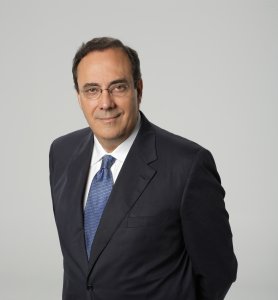 Miami, Florida – WSBS-Mega TV Channel 22 launched “Pronósticos,” a six episode program, hosted by Carlos Alberto Montaner, offering viewers a detailed analysis of significant social and political events in South Florida and Latin America. The most recent episode, “Cuba in the Year 2027,” aired May 20, 2007 at 9 p.m. and the last program is scheduled to for November 18, 2007.

During the program, Montaner, a well-known Hispanic journalist and political analyst, discusses developing social and geopolitical trends and their potential impact on world events. According to promotional materials, over six million readers in Latin America, Spain and the United States read his weekly columns.

During the most recent program, Montaner and guests Emilio Estefan, Benjamin Leon, Nicolas Quintana, Jorge Pinion, Domingo Moreira, Jorge Dávila, Ariel Gutiérrez, Pedro Baldriche and Amelia Cachaldora examined the issues they expect will impact Cuba for the next 20 years. The common fear among the group is that Cuba is experiencing a rapid decline in its staple sectors of tourism, sugar and alcohol, while unable to sustain the growth of the construction and entertainment industries.

Montaner was born in Havana, Cuba, in 1943 and has resided in Madrid, Spain since 1970. He has published more than twenty books. Several of his books have been translated into English, Portuguese, Russian, and Italian. Some of his most well-known and reedited works are, Viaje al Corazon de Cuba (Journey into the Heart of Cuba); ¿Como y por què desapareció el comunismo? (How and Why Communism Disappeared); and Libertad: la Clave de la Prosperidad (Freedom: The Key to Prosperity).

One Response to New show focuses on social, political events in Miami