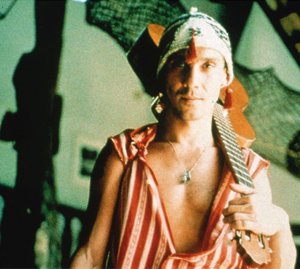 This year, singer Manu Chao launched his most extensive North American tour to date in support of his upcoming studio album. The circuit began April 29 in Indio, California and concludes June 29 in Philadelphia, Pennsylvania.

Chao was born to Spanish parents in Paris and is said to use his cross-cultural surroundings and background for musical inspiration. An offspring of the French alternative scene, Chao formed his first major band, Mano Negra, in the mid-1980’s. Following the split of Mano Negra in 1995, he traveled to Madrid where he formed Radio Bemba with local musicians; soon after he went solo as Manu Chao. For his debut solo album with predominantly Spanish lyrics, “Clandestino,” he collaborated with musicians from diverse backgrounds and was inspired by street culture and local bar scenes.

In 2001, Chao released a second album, “”Proxima Estacion: Esperanza,” topping the European charts and also receiving attention from international media with Rolling Stone naming “Esperanza” one of the best albums of the year and Manu Chao making the front page of The Wall Street Journal.

Promoters emphasize Chao’s loyalty to his origins as an anti-establishment artist who mixes music and politics by performing at events that promote anti-globalization efforts. He toured around the world, playing to sold-out crowds in Cuba, Venezuela, Mexico and Central and South America in the past year.

To listen to the single “Bongo Bong” from the ”Clandestino” album click on the play button below.