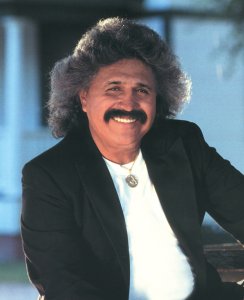 Concert promoter Ivan Hernández is promoting a Tex-Mex sound renaissance and the preservation of the Fender legacy and native musical tradition. Hernández has recruited musical artists who will appear together on stage for the first time at the Orleans Arena as part of a dance and concert in memory of fellow Texan Fender, a rocker who achieved crossover star status with a string of top hits on Billboard’s Country and Pop charts, while recording Spanish-language versions of hits by Elvis Presley and Harry Belafonte. Part of the proceeds from the showcase will benefit the Freddy Fender Scholarship Fund.

“He was one of my best friends, but he was also one of my heroes,” said Little Joe Hernández, a Texas musician. “We lost a national treasure in Freddy. I want to make sure his legacy lives on. He was a fighter to the end and proud of his Chicano heritage. We want to celebrate his life and his music.” 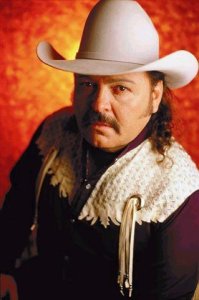 Born Baldemar Huerta in San Benito, Texas, Fender showed musical promise at an early age. While still a child, he constructed a homemade guitar from screen door wire and a used sardine can. By age 10, he had already made his first local radio appearance. Playing bars and honky-tonks, he was often referred to as “El Bebop Kid.” Taking a cue from his favorite guitar, he changed his name to Freddy Fender in 1959.

In more recent years, he co-founded the Texas Tornados with Flaco Jimenez, Augie Meyers and Doug Sahm, continued touring as a solo artist, and toured as part of Tejano group, Los Super Seven. A multi-Grammy Award winner, he battled health problems before succumbing to lung cancer at the age of 69 on October 16, 2006.

“Growing up on the road with dad, I was fortunate to have grown up around all of these guys,” said Ivan Hernández. “I saw all of them with Freddy at one time or another. And I was especially impressed at how down to earth Freddy was, how well he treated everybody. If anything, this is what I hope we can convey with the Tex-Mex Fest.”

Entertainment agencies Ivan Entertainment and KTCOK Enterprises are based in Temple, Texas. They focus their collaboration on live events and talent resources in the United States.