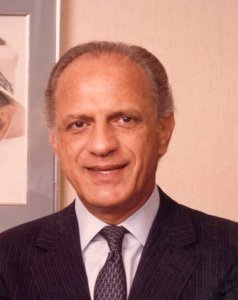 San Antonio based On The Edge Promotions will recognize 50 U.S. Spanish language media executives and journalists during this year’s Hispanic Media Awards event to be held May 24, 2007 in San Antonio, Texas. Vicente Fox Quesada, former President of Mexico, will provide the keynote address.

Although event organizers declined to identify any judges in an effort to avoid lobbying, they explained the selection of the 50 honorees from 200 complete submissions was made by an independent panel of judges in journalism, academia, public relations, and the public and private sectors from diverse regions of the country.

“We are excited about the growth of this program and this year’s event. I believe that the judges have selected an excellent list of talented professionals and I look forward to seeing others from across the country gathering together to congratulate them on May 24th in San Antonio,” said Chris Day, president, Hispanic Media Awards.

According to the organization’s website, the honorees are nominated by their peers, readers, viewers, or others from within the industry. Selection criteria are influence, community involvement, and the quality of their work. The program recognizes journalists and media executives in Spanish language broadcast and print media. Exceptionally, this year two English language journalists, John Quinones and Eduardo Porter, were selected.

One Response to Fifty Spanish language journalists, media executives to be recognized at Hispanic Media Awards