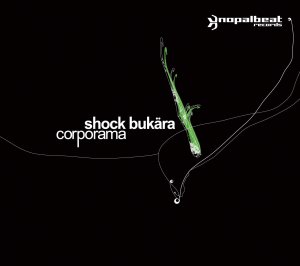 As part of the agreement, La Corporación Muzic will be handling the distribution and marketing for all Nopalbeat Records releases, catalog and new titles for the North American market.

“This gives us the opportunity to tap into other Latin based record companies outside the U.S. and give them the distribution and marketing in the North American territory they are seeking through our national distributor Navarre. We look forward to this long term partnership with Nopalbeat Records not only on the distribution side, on the production side as well,” said David Jordan, president, La Corporación Muzic.

Manuel Amezquita and Daniel Martinez, producers and DJs from Guadalajara, Mexico are behind the electronic sounds of Shock Bukara. The band seeks the perfect union between acid cabaret and tech-house. The first single off the album, “Purple Game,” is described as a groovy up tempo track. The music video has already been serviced to music video outlets and can be viewed on the La Corporación Muzic website.

To listen to the singles “Play Something Smooth” and “Purple Game” from the “Corporama” album click on the play button below.

This product consists of 104 minutes of useful insights and information by leading Latino market experts. Available for the first time exclusively on HispanicMPR.com!“Emotional Branding” was recorded January 2007 during the Strategic Research Institute 13th Annual Blockbuster Marketing to U.S. Hispanic and Latin America conference in Miami, Florida.