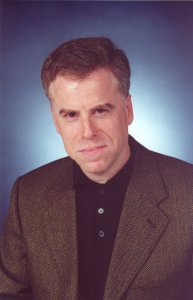 Washington, D.C. – According to “The State of the American News Media, 2007,” a new 160,000 word report on the state of journalism in America by the Project for Excellence in Journalism,(PEJ), Spanish language and other ethnic media are the only major media sectors with audience growth. The findings represent the group’s fourth annual edition.

Report contributors believe ethnic media is becoming more complex, in part because the number of foreign-language speakers has grown and spread across the country, creating new markets for ethnic outlets. Although the report points to 2006 as the first time a higher percentage of the U.S. Latino population resulted from births than from immigration; in relation to Hispanic audiences, the researchers focused on Spanish language media almost exclusively.

They theorize that predicting how U.S. born Latinos will interact with foreign-language press may be challenging, especially because they believe Spanish language and other ethnic media are less likely to have an online presence than mainstream press. At the same time, there were no salient references to English language media targeting Latinos.

“Trends that we have been tracking now for four years are reaching a pivot point,” said Tom Rosenstiel, director, Project for Excellence in Journalism. “Only one media sector, the ethnic press, is still growing, and every measurement for audience, even page views and visitors, is now being questioned. Things are now moving faster than companies can even recognize. Mainstream news media are adapting, in part, by focusing on specialties. In a sense, every outlet is becoming more of a niche player with reduced ambitions.”

One of the key findings of the study is that blogging is about to enter another phase likely to include scandal, profitability for some, and a “splintering into elites and non-elites over standards and ethics.” The researchers point out that popular bloggers are converting into businesses or being purchased by traditional media companies.

“The State of the American News Media, 2007,” is a 700-page comprehensive study of the state of U.S. journalism by PEJ, a project of the Pew Research Center in Washington, D.C. and funded by The Pew Charitable Trusts. According to promotional materials, the Project for Excellence in Journalism is a nonpartisan, non-political research group. The study was produced with the help of Rick Edmonds of the Poynter Institute, Andrew Tyndall of ADT Research and a number of industry “readers.”

Certified translator and translation company owner Martha E. Galindo explains why it’s important to reach your clients in language to convey your message effectively. She walks you through the ins and outs of translations issues, how to select a translator, what to expect, how to save on translation costs and much more.