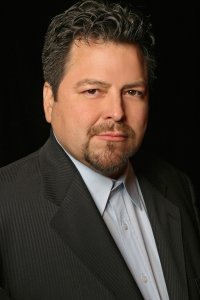 Los Angeles, California – LATV hired Rick Najera to develop new shows and genres and build on the success of existing programs. He will be head of Current Programming and Development. Under Najera’s direction, LATV’s lineup will feature live real-time programs airing at 7 p.m. ET or 4p.m. PT. The programs are expected to feature interactive segments with the audience in-studio and at home via telephone, email, Internet chat and text.

“After seeing Rick’s theatrical release of ‘Latinologues,’ my first thought was that he would be a great fit for LATV. Not only does he have great insight into U.S. culture, but Rick is talented in many areas of our business,” said Danny Crowe, president and founder, LATV. “Rick has worked successfully at the highest levels of the English- and Spanish-language creative worlds; and, as an established writer, director, producer, and actor, he is well equipped to guide our staff through LATV’s national launch as well as drive the future growth and success of the network.”

“It’s exciting to be working with such a great group of young professionals,” said Najera. “LATV was the first channel to offer bilingual, bicultural television and set the bar for this genre. What impressed me about LATV is that even though until now they could only be seen in Southern California, they have already created a national brand. They have produced entertaining television with young Latinos behind and in front of the camera. With LATV’s national launch, we hope to inspire as well as to entertain. LATV will continue to be a true alternative to general programming.”

Najera, an award-winning writer and producer, has been honored twice by Hispanic Magazine as one of the “100 Most Influential Latinos in America.” A writer on groundbreaking television comedies such as “MAD TV” and In “Living Color,” he is the writer, director, producer and creator of his own comedy, “Latinologues.”

This compilation of comedic and poignant monologues most recently ran for 16 weeks on Broadway.  According to promotional materials it is the first Latino written, created, directed, produced comedy with an all-starring Latino cast in the history of Broadway.

Najera has received two consecutive Writers Guild of America Award nominations for Outstanding Achievement and Best Writing in a Comedy/Sketch Series for his writing for “MAD TV” and an Imagen Award for “Latinologues” for Best Live Theatrical Performance.

LATV’s national rollout will begin in April 2007 with Post-Newsweek station affiliates in Houston (KPRC), Miami (WPLG), Orlando (WKMG) and San Antonio (KSAT). LATV will be multicast on these stations’ digital spectrum as a standard-definition channel. LATV will also be carried on basic cable through its affiliates and be carried in Los Angeles, California on KJLA via cable, broadcast and satellite.