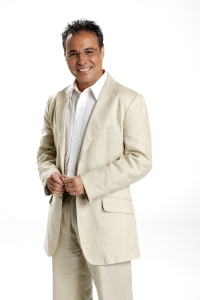 WSBS-Mega TV Channel 22 recently launched a new television series, “Gente Como,” focusing on Hispanic personalities in Miami, Florida and their contributions to the community. The new show is scheduled to air at 9 pm once a month.

Hosted by Camilo Egaña, the monthly program promises to explore the lives and origins of influential local personalities in Miami and their contributions to the city’s culture. “Gente Como” producers plan to include testimonials from friends, colleagues and family members of featured personalities to tell their stories and their impact on the Hispanic community in Miami and neighboring areas.

Egaña means to showcase the behind-the-scenes activities and “real lives” of some of Miami’s power elite. During the first season, the program will explore the lives of influential guests such as the politico Diaz-Balart brothers, restaurateur Felipe Valls, and Raul Martinez, the former mayor of the city of Hialeah.

For the last ten years, Egaña had served as a reporter for WSCV-51 a Telemundo owned and operated station in South Florida. Egaña began his career writing for several publications in Cuba, including Bohemia, Trabajadores, El caiman barbudo and Alma Mater, the University of Havana student periodical.