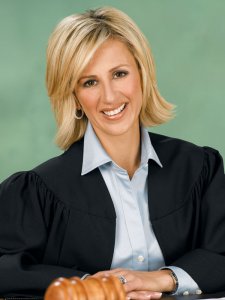 A podcast featuring an interview with Cristina Perez, host of “Cristina’s Court,” is available in the Podcast Section of Hispanic Marketing & Public Relations, HispanicMPR.com. During the podcast, she discusses the show with Elena del Valle, host of the HispanicMPR.com podcast.

The daughter of Colombian immigrants, Cristina was born in New York, New York. She lived in all types of places from one of the poorest neighborhoods of New York, to the big city of Guadalajara, Mexico, to the border town of San Ysidro, California to Hartford, Connecticut, and then to California, which she has called home for over twenty years.

Her first book “Living by Los Dichos,” a collection of life lessons Cristina learned from her family and continues to apply to her personal and professional life, was recently released by Simon & Schuster.

To listen to the interview, scroll down until you see the “Podcast” on the right hand side, then select “HMPR Cristina Perez” click on the play button below or download it to your iPod or MP3 player to listen on the go, in your car or at home. To download it, click on the arrow of the recording you wish to copy and save to disk. The podcast will remain listed in the March 2007 section of the podcast archive.