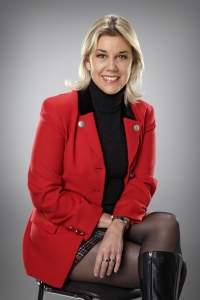 Remos, a journalist and columnist for The Miami Herald, was born in Cuba and raised in Madrid, Spain. For over 18 years, she has covered Miami society.

A graduate of the Universidad Complutense of Madrid, Remos started her broadcast career at TVE (Television Española). Most recently, she worked for Viajar and Hola magazines. She calls Miami home.

The show promises a peek into the upscale life of some of the area’s Latino celebrities, including Willy Chirino, Arturo Sandoval, and Carlos Alberto Montaner. Other features include a day in the life of a world class design shop such as Chanel; the Lecho Cup competition at the Biltmore Hotel, and the Best Buddies Gala at Watson Island.