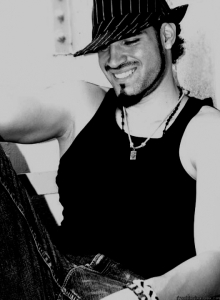 “I want to thank SGM for the opportunity they have provided for me to materialize my dream. I am happy and honored because they have considered me to be part of this family,” said Alvarado.

La Academia México has generated stars like Yahir, who won fourth place in the first generation and remains a popular artists, and Yuridia, whose music sold a million copies worldwide.

According to promotional materials, Alvarado is the first artist from La Academia USA first generation to sign an exclusive record deal. As part of the agreement with SGM, he is preparing to change his look and planning new recording projects with the record label.

“I am very pleased to have Frankie in SGM. He is very talented and we have a lot of plans for him,” said Soledad Herrada, production director and chief operating officer of SGM Records. “Without a doubt his style and personality matches very good our label and Diana Mera, who we have been working with for five years. I expect some news very soon.”

The son of Francisco “Chalina” Alvarado, a musician and composer, and Luz Rivera, a music teacher Alvarado grew up surrounded by music.  He has composed 75 songs.