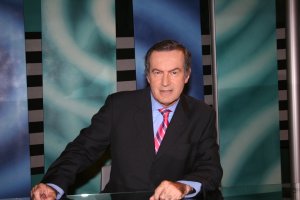 “With the launch of the transcendental ‘Oppenheimer Presenta,’ Mega TV embarks on a new initiative by launching political programming that is highly-respected among journalists and political professionals in the South Florida Hispanic community and beyond,” said Cynthia Hudson-Fernández, chief creative officer and executive vice president of SBS.

Andrés Oppenheimer is a Latin America editor and foreign affairs columnist at The Miami Herald. His syndicated column, “The Oppenheimer Report,” appears twice a week in The Miami Herald and 45 other U.S. and Latin American newspapers. Oppenheimer also contributes political analysis to CNN en Español, and has been featured in such outlets as The New York Times, The Washington Post, CBS News and the BBC.

He is the recipient of several journalism awards. Oppenshimer was a co-winner of the 1987 Pulitzer Prize as a member of The Miami Herald team that uncovered the Iran-Contra scandal. He received two Inter American Press Association awards (1989 and 1994). He also received an Ortega & Gasset Award in 1993, and the 2001 King of Spain Award, presented by the Spanish news agency EFE and the King of Spain Juan Carlos I. Oppenheimer has authored four books including Castro’s Final Hour: An Eyewitness account of the disintegration of Castro’s Cuba.