Encuesta: For U.S. Hispanics, Clinton first choice for President in 2008 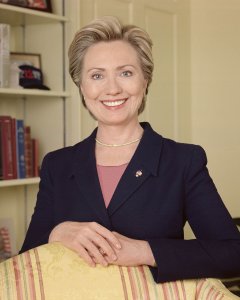 Respondents who indicated they would consider voting for a Democratic or Republican candidate were read a list of possible candidates in each respective party and asked to indicate on a 3-point scale the extent to which they would consider voting for that person. Among democratic candidates, Hillary Clinton was most popular with Hispanics and non-Hispanics. Among Republicans, Colin Powell and Condoleezza Rice were the most popular.

The telephone survey was conducted by Encuesta, Inc. between October 11-30, 2006, among a representative national sample of 300 non-Hispanic and 300 Hispanic adults, in their choice of English or Spanish. According to Encuesta, the sample reflects the U.S. population with regard to gender, age, U.S. citizenship, and voter registration status. The margin of error is plus or minus 4 percent, with a higher margin of error for sub-groups.

The findings are part of a study of the Americanos Poll series that is sponsored by Encuesta, Inc. to compare the U.S. Hispanic and general populations across a range of topics.

Improve your knowledge of the U.S. Hispanic market with

Click here to see a table of contents and to buy your copy today!