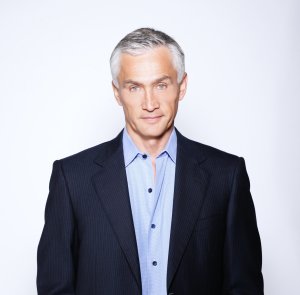 “We are honored to have Jorge Ramos, one of Hispanic America’s most respected journalists, form part of RadioCadena Univision,” said Gary Stone, president and chief operating officer, Univision Radio. “His keen observations will be an extraordinary complement to RadioCadena’s exceptional syndicated programming.”

“I am excited to use this medium to provide listeners with news commentaries on relevant national and international developments, what’s happening in the United States and their countries of origin,” said Ramos.

A recipient of eight Emmy awards for excellence in journalism, Jorge Ramos is celebrating his 20 anniversary with “Noticiero Univision” this year. Ramos is described as one of the most successful and influential anchors on U.S. broadcast television. Time Magazine named Ramos one of the 25 most influential Hispanics in America. He has been awarded the Maria Moors Cabot Award by Columbia University and was the recipient of the 2003 David Brinkley Award for journalistic excellence. He is also a syndicated columnist for more than 40 newspapers in the U.S. and Latin America. He has also authored seven best selling books.

RadioCadena Univision has 11 AM stations across the United States. It syndicates national news and talk programming to Univision’s AM stations and other Spanish-language stations not owned by Univision.