Drake University in Iowa to host art of Cuban women 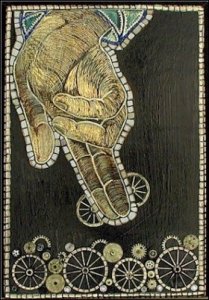 The exhibition will open Friday, Jan. 26, 2007 with a reception hosted by Betty and Jon Torgerson from 5 to 7 p.m. in the Anderson Gallery in the Harmon Fine Arts Center. Jon Torgerson, Drake professor of philosophy, will give a public gallery talk at 6 p.m.

According to promotional materials, this will be the first time this public exhibit of Cuban art has appeared in the Midwest. The artwork ranges from small prints and drawings to large oils and mixed-media, addressing themes of politics, sexuality and relationships in the context of Cuba’s historical and social traditions.

“Most Americans know virtually nothing about Cuba,” said Torgerson. “Exposure to the arts in Cuba might be a way to show the richness of its culture.”

Torgerson, who has traveled to Cuba 12 times since 1986 and took the first class of American undergraduate students to Cuba in 1996, is organizing the exhibition to highlight women’s art in Cuba since the Fidel Castro-led revolution in 1959. 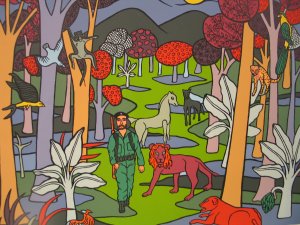 “Any exhibit of Cuban art at this point is still quite unique,” said Sandra Levinson, director of the Center for Cuban Studies. “Certainly, there have been very few shows of Cuban women artists, and it’s even rarer to have a show devoted exclusively to women artists.”

All the artists showcased in the exhibition live and work in Cuba, with the exception of Elsa Mora, who married an American film producer and lives in Los Angeles. Highlights include works by Mabel Poblet, described as a rising star at just 20 years old, who attends San Alejandro Academy of Art an art school known for training many Cuban artists. This will be the first exhibit outside of New York to showcase her works. In addition, the works of Julia Valdes, one of Cuba’s few abstract painters, blend cubism and surrealism with an unconventional flair.

The exhibition also brings self-taught art to light, showing the works of artists Sandra Dooley, Cenia Gutierrez, Ileana Sanchez-Hing and the late Isabel de las Mercedes, little-known outside of Cuba. Dooley lives and works in a small studio in Santa Fe, Cuba, a village of wooden houses in the outskirts of Havana. Her lively paintings reflect daily life in Cuba and are filled with scenes of family, friends and fantasy.

“What you see most often in Cuban women’s art is their search for their own identity,” Levinson said. “The art is intensely personal.”

“Cuba: Women Artists in the Revolution” continues through Friday, February 16, 2007.  Admission is free. Additional information is available at Drake.Edu/AndersonGallery. The exhibit is being co-sponsored by Betty and Jon Torgerson in addition to Drake’s Center for Global Citizenship, Center for the Humanities, Dean of the College of Arts and Sciences, Office of the President and the Women’s Studies Program.