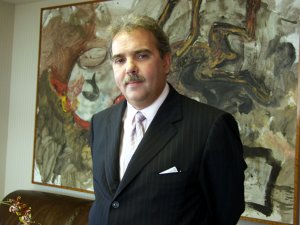 Miami, Florida – VeneMovies, Venevision International’s pay TV Spanish-language, 24-hour movie channel launched in the U.S. market in September of last year and recently extended its presence to Puerto Rico. The move was part of the line up of OneLink Communications which provides the signal to most subscribers on the island.

Puerto Rico adds an additional 56,000 VeneMovies digital subscribers to those already reached through Comcast in the continental United States. VeneMovies is dedicated to showing films originally produced in Spanish on cable. The company touts the “latest movies from the new generation of actors and directors from Mexico, Spain, Argentina, Chile, Peru, Colombia and Venezuela.”

“We salute the launch of VeneMovies in Puerto Rico, that island so special to all Latin American people and one of the most important communities of the Hispanic market,” said Luis Villanueva, president and CEO of Venevision International. “We are celebrating today our presence among the entertainment options of a community so well disposed towards Hispanic arts.”

VeneMovies reaches Latinos in Miami, San Francisco, Central California, Boston, Chicago, Philadelphia, New Jersey and Albuquerque. Company executives are negotiating to expand the signal to other cable and satellite systems. VeneMovies also presents coverage of the events of the film industry in Spanish in the United States including film festivals and premieres.