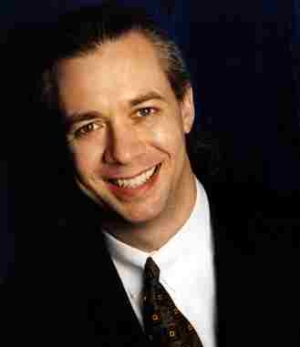 An audio recording titled “Electronic Publicity and Broadcast Public Relations,” a presentation and unabridged audio interview with TeleNoticias President and Founder David Henry, is available on Hispanic Marketing and Public Relations.com. In “Electronic Publicity,” the 15-year broadcast veteran discusses electronic publicity and how public relations professionals should target the U.S. Hispanic market through broadcast media. He also discusses his chapter by the same title in the Hispanic Marketing and Public Relations book with Elena del Valle, host of the HispanicMPR.com Podcast. The downloadable presentation is available in an MP3 format for $109.95. It can also be purchased in audio CDs for $129.95.

“Electronic publicity is really taking the public relations tools and things that we normally would use for print media and adapting them to electronic media; whether it be television outlets or television news, whether it be radio, or whether it be Internet; so in the case that you would write a printed press release, traditionally, when everybody thinks of public relations, they think of writing a press release, and that’s good for the print media; but television needs pictures, and radio needs sound, and the Internet pretty much needs all of the above, so it’s a matter of making sure we’re looking for different weigh-ins and how could we effectively reach these media and give them the things they need to do their job,” said Henry during the podcast discussion.

During the presentation, Henry discussed electronic publicity and broadcast media tools and how they are useful in reaching the Hispanic market. Some of the tools he discussed include video news releases and radio audio news releases. He also explained that the best way to reach the market is to use Spanish language broadcasts because most Hispanic-oriented broadcasts are in Spanish. He also indicates that Hispanics have become a powerful presence in this country.

“The U.S. Hispanic market is becoming powerful because families are becoming larger and immigrant populations are still coming in,” said Henry. “They have a great influence on culture, like reggaeton sweeping a lot of youth in the country. It’s also important because the mother tongue is the language most people are comfortable with. If you look at a lot of surveys, they show that advertising in Spanish is more effective than English because ads are in their culture and they speak directly to them in the U.S. Hispanic market.”

Henry has worked in all facets of electronic media, including script writing, video and radio production and post production, distribution, and the Internet. He received a Bachelor of Science degree in journalism from the University of Maryland, and has held positions at broadcast public relations companies Media link, Orbis Broadcast Group and On The Scene Productions. Henry has also been a member the Public Relations Society of America (PRSA) for more than 15 years and was the 2003 chair of the PRSA National membership committee and 2003 chair of the PRSA Health Academy, one of the largest groups in PRSA.