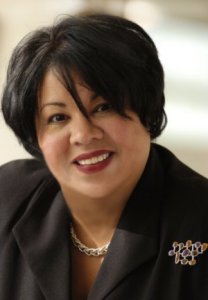 “While the newspaper industry in general is experiencing slow or even negative growth, and some general market papers have plunged, our daily and Sunday circulation increases are a testament to our 93-year tradition of journalistic excellence,” said Rossana Rosado, publisher and CEO of El Diario La Prensa. “It’s also a function of our deep knowledge of the needs and desires of the expanding Latino community, our prize-winning journalism and our strong focus on product innovation.”

“These numbers indicate how vibrant our media vehicle is for both local and national advertisers,” said Jorge Ayala, El Diario La Prensa’s general sales director. “In the current media environment, reporting jumps in circulation above 5 percent and 8 percent and readership growth above 25 percent is an amazing indication of the vitality of our publication and our market.”

Established in 1913, El Diario La Prensa is one of the oldest Spanish language newspaper in the U.S. The paper features coverage of local, national and international news as well as human-interest stories, politics, business, health, entertainment and sports.