New York, NY – ImpreMedia recently promoted Erich Linker to senior vice president of Sales and appointed J. Alex Gomez director of Marketing. In his new job, Gomez will take charge of all corporate-wide marketing efforts to generate circulation/readership growth, sales growth, audience satisfaction, and optimization of ImpreMedia brands of newspapers, magazines, and online platforms. Gomez joined ImpreMedia in July as director of Marketing for La Opinion®. Prior to that he worked 20 years in the advertising industry on leading brands such as McDonalds, Nike, Pepsi, and Mitsubishi Motors.

In this position, Linker will be responsible for corporate-wide ad sales initiatives for ImpreMedia newspapers, magazines, and online platforms, and manage strategies to enhance the quality of sales leadership in all divisions. Linker was responsible for national advertising sales for the company since 2004. 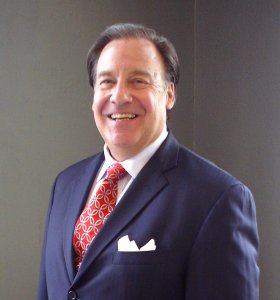 “ImpreMedia’s sales have grown dramatically under Erich’s inspired leadership. As well, he has become an important part of our executive team as we assess the sales opportunities for both new and potential acquisitions. This new position reflects more accurately Erich’s growing role with the corporation,” said John Paton, chairman and CEO, ImpreMedia.

“Alex brings a wealth of experience and talent to his new role at ImpreMedia. He is the right person at the right time to enhance the marketing efforts of the fastest growing Spanish-language media company in the U.S.,” Paton said.