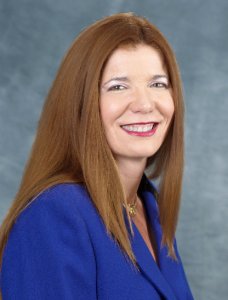 Fort Lauderdale, Florida — The SPCA Wildlife Care Center (WCC) recently announced two new members to the nonprofit organization’s board of directors including its first Hispanic board member, Laura Rosa Hernandez Corry and Randy Wadle. Corry is a lead intergovernmental representative for the South Florida Water Management District (SFWMD), where she is responsible for establishing and maintaining positive relationships and cooperative partnerships with elected officials and community leaders.

A University of Florida graduate, Corry also attended the John F. Kennedy School of Government at Harvard University. In 1999, she was one of 25 Hispanic women leaders nationwide, selected to participate in the National Hispana Leadership Institute. She has also served as the first woman President of the Latin Chamber of Commerce of Broward County. Governor Jeb Bush has twice appointed her to serve on the Commission of Volunteer Florida.

“The expansion and development of our board is crucial to the long term and continued success of the SPCA Wildlife Care Center,” said Jonathan Lappin, CEO and executive Director of the SPCA. “Heading into our fourth decade of operation, it is critical that we have a board comprised of South Florida’s sharp business minds, conscious citizens and community leaders. I applaud the efforts of our distinguished board and look forward to many more decades of treating the animals that are so important to our natural environment here in South Florida.”

Serving the South Florida tri-county region, the mission of WCC is to rescue, rehabilitate and release native wildlife that have been harmed or displaced; to treat and place certain domestic, exotic and farm animals; and to educate the public toward co-existence with all animals. With five acres of property, two full-time ambulances, the help of 70 employees and 800 volunteers, WCC is home to 700 injured, harmed or orphaned wildlife at any given time. Last year alone, nearly 14,000 sick, injured and orphaned animals passed through the Center’s doors. Over the past 37 years, the SPCA Wildlife Care Center has grown to be the largest facility of its kind in Florida.