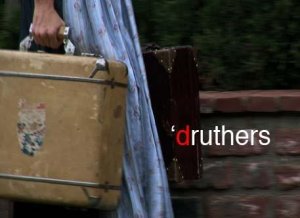 Latinos can find their way into anything. Regardless of how it happens, the presence of the largest minority in the U.S. is felt in all aspects of American life. Singer Diana Mera’s music even found its way into a film about an Austrian woman with a Jewish background.

Mera’s song “Besame” was chosen to be part of the soundtrack for the new film “‘druthers.” The Ecuadorian born and Peruvian raised singer is thrilled to have one of her songs showcased in a film. “When I learned that “Besame” was going to be in this movie, it was a wonderful surprise,” said Mera. 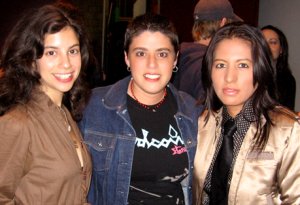 The independent film was co-created and co-produced by Jenna Bari, Pollyanna Jacobs, Claudia Kindl, and Adam Wilhite; all four also act in the film. According to promotional materials, “‘druthers” displays the baggage that people carry in their everyday lives, from the cultural to the emotional. Trinity, played by Claudia Kindl, makes her way to Los Angeles after her last living relative in Austria passes away. The film presents the culture shock she experiences not only in the outside world but also within her own American family.

The film focuses on the cultural differences the character faces throughout the many scenes of the film. “Besame” helps lighten the mood when Trinity finds herself with two men who only speak Spanish. The scene portrays the difficulty of communication and also the connection music can form. The film producers found it very important to have all the scenes tie in smoothly with the music. — Melissa Gonzalez

One Response to Latino singer’s song part of upcoming film