Los Angeles, California — The work of six Latino photographers will be part of a the Cactus Gallery’s upcoming exhibit, “Shut Up & Shoot: A Photography Show of Unexpected Moments.” The show will open November 11, 2006 in Eagle Rock in Northeast Los Angeles.  An artist’s reception will be held Saturday, November 18, 2006 from 7-10 p.m.

“Shut Up & Shoot” features eleven photographers from the Los Angeles area and Washington State. Although the photographers come from diverse backgrounds, they share common ground in their passion for shooting everyday life. The photographs were chosen for their intensity meant to make the viewer pause and look. 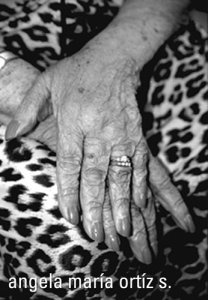 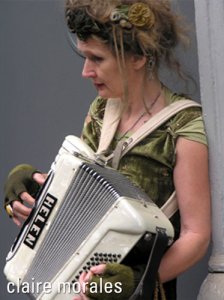 From Andrew Ward’s shot of the glaring eyes of a young boy inhaling glue, to Wanda Benvenutti’s emotionally charged  “Love,” and Aurelio José Barrera’s accordion player on a street in Boyle Heights, the gallery staff believe the images will stay engrained in the visitor’s mind because of their depth and humanness.

“We seek to inspire and enliven the community by giving opportunities to experience the eclectic diversity that is the arts. In our creative space, we’ve enjoyed the spontaneity of live drawing; live painting and live music. Cactus is ever evolving and ready for the next idea,” said Sandra Mastroianni, gallery director and owner.