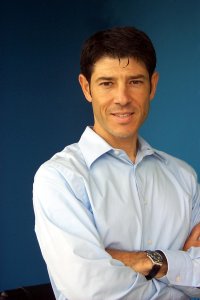 PM Publicidad, an Atlanta full-service Hispanic agency, recently became an affiliate of the San Jose Network (SJN). The three and a half year-old marketing firm is one of 25 agencies in the network of marketing communications firms serving the United States and Latin American markets.

“We now have access to a lot of resources and we have access to a lot of network,” said Eduardo Perez, president of PM Publicidad. “We have the ability to pick up the phone and help people in certain situations or someone who’s part of the network but hasn’t worked for the agency. It gives us additional credibility when we talk to new clients.”

“We started from scratch with a lot of people who didn’t have agency experience,” said Perez. “The fact that we succeeded in Atlanta, which wasn’t considered a top Hispanic market at the time we started, is what we’re proud of, succeeding despite challenges.”

Agency executives are also proud of the company’s impact on Atlanta’s fast growing Hispanic community. “We’ve raised the profile of Atlanta. We’re the only full-time Hispanic agency in the city,” said Perez. “This speaks a lot to the importance of Atlanta, where the Hispanics are fast growing and the city has been ranked third in Fortune 500 magazine’s top Hispanic markets. We’ve raised the level of awareness for Atlanta.”

The San Jose Network has affiliate agencies in 25 countries, including the U.S., Mexico, Central America, South America, Puerto Rico and the English-speaking Caribbean. The network started in 1991 as part of the San Jose Group. — Sergio Carmona