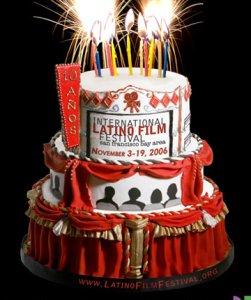 Movies scheduled in this year’s Festival include “Ni muy, muy… ni tan, tan… simplemente Tin Tán,” “The Virgin of Juarez,” “Lalo Guerrero, the Original Chicano,” “Madeinusa,” “Maquiapolis, City of Factories,” “To the Other Side,” “American Visa,” “My Best Enemy,” “Loving Maradona,” “The Uncertain Guest,” “Till the Last Drink… My Heart” and “Sea of Dreams.” The movies are from Argentina, Bolivia, Chile, Mexico, New Zealand, Peru, Spain, and USA. 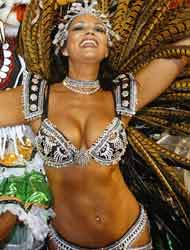 The ILFF began as a grassroots organization ten years ago, presenting 10 films at a single venue. The Festival showcases new international Latino cinema, encourages emerging talent and pays tribute to celebrated Latino actors, directors and producers. ILFF programs include documentaries about the Latino experience in the United States, the Jewish culture in the Hispanic world, Women & Film series and music, art and human rights themes.

The International Latino Film Festival was founded in 1997 by Sylvia Perel to benefit the San Francisco Bay Area by promoting cinematography of significant artistic merit created by, or about Latinos; and to celebrating cultural understanding through the art of film and filmmaking. The International Latino Film Festival began in Marin County with eight films over three days in one venue and has grown to 85 films over 16 days in 17 venues and nine cities across the Greater San Francisco Bay Area.