PSA urges teenagers, including Hispanics, not to drink and drive 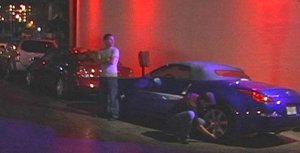 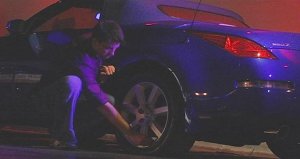 Scenes from the public service announcement

Miami, Florida – The statistics are staggering: Motor vehicle accidents are the leading cause of death in the United States for Hispanics between 34 and under according to the National Highway Traffic Safety Administration (NHTSA). Organizers of a South Florida campaign to prevent drinking and driving, indicate that thirty percent of Americans will be involved in an alcohol-related crash in their lifetimes. Such accidents cause damages worth more than $50 billion a year according to a 2002 NHTSA study about the economic impact of crashes.

To counter this trend, a Miami car dealer, Esserman Nissan, donated $20,000 in production costs to develop a bilingual 30-second television public service announcement. The dealer’s advertising agency, Creative Marketing Partners (CMP), developed the campaign probono. The announcements began airing in South Florida stations the first week of October and will continue for a total of 12 weeks.

After a decline of alcohol-impaired driving throughout most of the 1990s, a new study published in the May 2005 issue of the American Journal of Preventive Medicine, shows that driving while intoxicated has increased significantly and researchers believe it is linked to an increase in binge drinking.

In the spots, conceived and produced by CMP, two young men let the air out of the tire of a sporty Nissan parked outside a trendy nightclub. Minutes later, an obviously drunk driver stumbles to his car and realizes he cannot go anywhere because of the flat tire. The spot ends with the announcer saying: “Good friends will do anything to keep you from drinking and driving.”

The reaction from viewers has been extremely favorable, said Dick Assmar, vice-president of Esserman Nissan. “We did this because we are concerned by the fact that drunken driving statistics are on the rise. We are very pleased by the acceptance on the part of the media and the TV viewers.”