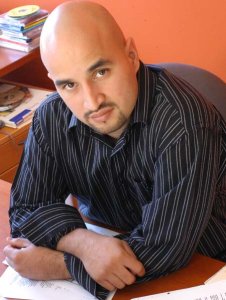 A national Spanish-language health magazine, Médico de Familia (“Family Doctor”) is being readied for a January 2007 launch, a joint venture between the Interamerican College of Physicians and Surgeons (ICPS) and Parlante Inc. Médico de Familia articles will be written by ICPS-member doctors who the publishers feel will be especially familiar with the needs and concerns of Hispanic patients.

An initial qualified monthly circulation of 60,000 will be distributed at over 20,000 medical clinics in major Hispanic markets. Javier Martínez de Pisón serves as managing editor and Carlos Bernales is creative director of the new magazine.

“Besides lack of insurance coverage, the single biggest barrier to adequate health care in the United States is language. By using one of the most trusted members of the Latino community, the family doctor, as intermediary, Médico de Familia will help bridge that gap,” said Johnny Cobos, CEO, Parlante.

Since its inception in 2002, New York city-based Parlante has provided an advertising medium for national and local companies to tailor their marketing messages to the Hispanic community. The company principals, Neil Porter and Johnny Cobos, develop Spanish-language advertising and custom-publishing solutions.

One Response to ICPS, Parlante to launch Spanish language health magazine in January 2007