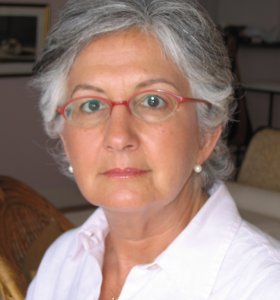 The Pew Hispanic Center recently released the “Cuban Fact Sheet” with updates on the 1.4 million Cubans in the U.S. The information in the Fact Sheet is based on Census data, Pew, Institute for Public Opinion Research, and Cuban Research Institute of Florida International University opinion polls. Pew researchers indicate Cubans represent 4 percent of Latinos in the U.S. and are distinct from other Hispanic groups. In general, they are older, have a higher median household income, a higher educational level and a higher rate of home ownership than other Hispanic groups.

“I’m not surprised by most of the information; not even by the significant increase in the number of Cubans who favor a dialogue with the Cuban government. That is part of a healthy trend we have been watching for the past few years,” said Ileana Oroza, director, Spanish-language Masters in Journalism Program, University of Miami. “Clearly Cubans in the United States are becoming more comfortable with the notion that it’s more productive to discuss issues and try to reach consensus that it is to build walls. The higher poverty rate among older Cubans is a cause for concern.”

According to Pew’s findings Cubans are more likely to think of themselves as white than are other Latinos. They are also more likely than other Hispanics to think of the U.S. rather than their country of birth as their real homeland. More than half of Cubans (52 percent) who responded to the Pew Hispanic Center 2006 National Survey of Latinos thought of the U.S. as their real homeland. Only 33 percent of Puerto Rican respondents, who are U.S. citizens by birth, considered the U.S. their real homeland. Mexican and Central and South American respondents, at 36 percent and 35 percent respectively, showed slightly higher rates than Puerto Ricans.

“It’s interesting to note the high number of Cubans who say they consider the U.S. to be their real homeland; again, not surprising. It brings to mind the contributions that Cubans have made to U.S. culture, Pulitzer Prize winners, Obie award winners, top dramatists, novelists, scientists, business leaders. We’re not quite 1.5 million, but we’ve made a home here and put our talents to work for this country,” said Oroza.

Pew also highlights that there are almost twice as many foreign born Cubans, (912,686) as U.S. born Cubans (535,998). At the same time, U.S. policy, according to the Fact Sheet, has been more welcoming to Cubans than to any other group from Latin America. Virtually all Cuban migrants who touch American soil are allowed to remain in the country.

Florida is home to more than two thirds of Cubans (990,000) and 70 percent of Florida Cubans are U.S. born. Other states with large Cuban concentrations are New Jersey, New York, California and Texas. More information is available online at the Pew Hispanic Center.