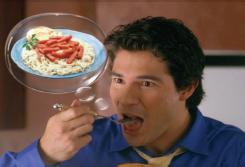 According to promotional materials, the spot depicts two young professional men on their way home from work in a modern, downtown setting. One of them imagines SPAM® Classic for dinner. His antagonist steals the thought from above his head and runs away with it. After a gymnastic-filled chase scene, the “hero” reclaims his original thought. Upon his return home, his thought turns to reality, when his wife welcomes him with an enticing meal featuring SPAM® Classic. The slogan “Imagínalo. Saboréalo.” (Imagine it. Taste it.) plays against shots of meals that can be prepared with SPAM®.

“The mission of this execution is one of developing not only our brand, but also our category,” remarked Chris Durren, senior product manager, Hormel Foods Corporation. “This commercial will definitely get our target’s attention and help her connect with SPAM® in a culturally relevant way.” 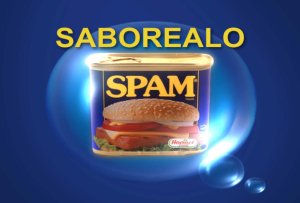 From the Spam® commercial

Although SJG has been working with the SPAM® brand since 2004, this year marks the product’s entrance into Spanish-language television in the U.S. The brand has been in existence since 1937 and enjoys awareness among general market households. According to the company’s research, nearly 77 percent of U.S. Hispanics are non-users of the SPAM® Family of Products. Hormel and SJG hope win over Hispanic women to, especially heads-of-household, with the new commercial.

“We are positioning SPAM® to fit into our target demo’s busy lifestyle,” said George L. San Jose, president and COO, The San Jose Group. “As such, we leveraged a high-energy, urban approach to solicit a curiosity of SPAM® as an incentive to trial.” 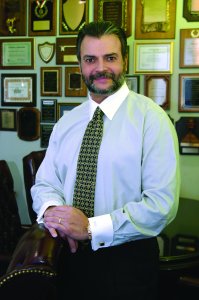 Incorporated in 1981 and headquartered in Chicago, The San Jose Group is a consortium of marketing communications companies specializing in reaching the Hispanic and non-Hispanic markets in the U.S. and Latin America.

Hormel Foods Corporation, based in Austin, Minnesota, is a multinational manufacturer and marketer of consumer-branded food and meat products. For the past five years, Hormel Foods was named one of “The 400 Best Big Companies in America” by Forbes magazine.