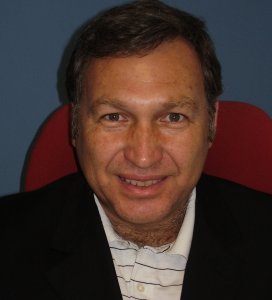 Coral Springs, Florida – “Mexico Lindo y Futbol,” produced in the Baral Group Studios in Coral Springs, Florida and in Mexico City, covers soccer, the lives of Mexicans living in the U.S., their culture, and their interest in Mexican soccer. The program, which claims a viewer ship of 11 million homes, has been broadcast since May 2006 on GolTV Monday through Friday at 11 p.m.

“This program gives us a chance to show Mexico through various points of view.  Soccer is a universal sport and the leagues in Mexico are among the most important in the world,” said Luis Baraldi, CEO, Baral. “However we don’t only show soccer since Producer Alina Baraldi and Exec Producer Julio Sonino from GolTV can be very creative in including the culture, and lifestyles from the major Mexican cities, and the beauty of Mexico and how they relate to soccer.”

The show anchor is Javier Vargas. Other staff include co-anchor Gerardo Ruiz, and Paloma Marquez from the studios in Coral Springs. Vargas reports on soccer while Marquez focuses on Mexicans living in the U.S., their cultures, and their continued dedication to Mexican soccer. Gustavo Ramírez España, Santiago Cortes, Víctor González, Guillermo Portillo, and Alfonso Hidalgo are the Mexican correspondents and Luis Arrieta is the reporter in Los Angeles, California.

Other programs produced by Baral Group include, “Tenis Con Clerc”-ESPN, “A Year in the Life of Lorena Ochoa” for ESPN and“Soccer Legends” for HBO and Canal+. GolTV is devoted exclusively to soccer, 24 hours a day, broadcasting over 1,500 games per year, in English and Spanish. Baral Inc. specializes in the production of programming for various networks in the U.S. and Latin America.