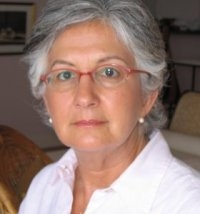 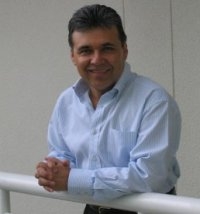 A podcast interview with Leonardo Ferreira, Ph.D and Ileana Oroza, University of Miami journalism professors, is available in the Podcast Section of Hispanic Marketing & Public Relations, HispanicMPR.com. During the podcast, they discuss Hispanic market journalism and the University’s Spanish language graduate journalism program with Elena del Valle, host of the HispanicMPR.com podcast.

Leonardo received his Ph.D. in mass media from Michigan State University and his J.D. from the Universidad Nacional de Colombia Law School. While completing his graduate studies, he was awarded an Excellence-in-Teaching Citation by the Michigan State University Office of the Provost and a Martin Luther King Jr. -César Chávez-Rosa Parks Fellowship by the Michigan Department of Education.

Devoted to the study of Inter-American media policy, Dr. Ferreira has worked on academic projects with the United Nations Children’s Fund, the Dominican Republic’s Global Foundation for Democracy and Development (FUNGLODE), Fleischman & Hillard Inc., and the Telecommunications Research Center (CINTEL) in the Andean countries. He is a regular contributor to the BBC’s Servicio Latinoamericano on communication issues. He is author of Centuries of Silence the Story of Latin American Journalism, scheduled to be released in late 2006 in the United States.

Ileana joined the School of Communication faculty in January 2000. For the previous 22 years, she was on the staff of The Miami Herald. In her last position at The Herald, as assistant managing editor, she supervised newsroom operations in the evenings and was responsible for the Universal Desk and A section content. She was foreign editor and arts and entertainment editor and served on the editorial board of The Miami Herald. She began her Herald career at El Herald, where she served as city editor, features editor and general assignment reporter.

Before working at The Herald, she was a producer of public affairs programs at WPLG-Channel 10. She has an M.A. from the University of North Carolina at Chapel Hill and a B.A. from Newcomb College, Tulane University, both in English literature. She spent her junior year at the University of Sheffield, England.

To listen to the interview, scroll down until you see the “Podcast” on the right hand side, then select “HMPR Leonardo Ferreira, Ph.D and Ileana Oroza” hit the play button or download it to your iPod or MP3 player to listen on the go, in your car or at home. To download it, click on the arrow of the recording you wish to copy and save to disk. The podcast will remain listed in the July 2006 section of the podcast.