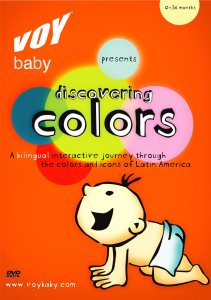 Los Angeles, California — Visual Entertainment (VE) entered into a multi-year distribution agreement with Voy to distribute film and television programming for DVD release. Initial releases are slated to appear in major U.S. retailers by the summer.

Voy, self-described as “the first diversified multimedia company focused on the next generation, bilingual Latino consumer and those discovering the Latin culture,” will begin by releasing the first DVD in a series titled “Voy Baby,” an infant line for parents who want their children to learn Spanish. Additional volumes of the series will be released in the coming months.

The documentary “Chivas: Si Se Puede” (“Yes You Can”) will also be released as World Cup fever sweeps the world this summer. Produced by Primetime Group, the film tells the true story of a Mexican soccer franchise’s unlikely success building an entire team in the U.S. from scratch: the Chivas of Los Angeles. The film was directed by Sergio Guerrero, the co-writer of last year’s “A Day Without a Mexican.”

Other products will cover a wide range of culturally relevant content such as mainstream pictures with a Latin theme, narrative documentaries, and videos for young families. Voy also plans to launch extensive online content, complimenting the releases with additional services and entertainment features.

According to Centris, Latino households buy 30 percent more DVDs per month than the average household. Retailers and suppliers, we are told, have taken note of this outperformance by increasing the number of Latino-oriented DVDs offered over the past several years.

One Response to Visual Entertainment to distribute Voy video releases