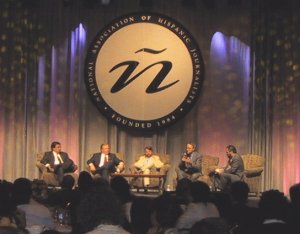 The National Association of Hispanic Journalists (NAHJ) hosted its 24th annual Convention and Media Career Expo in Fort Lauderdale, Florida recently. More than 1,400 print, broadcast and online media representatives from across the country attended eighty workshops and seminars and took advantage of networking opportunities during the four days of the event.

There were sessions in English and Spanish on dealing with stress, changes in media, photojournalism, and even the downfalls of using Spanglish, a blending of English and Spanish. Speakers and panelists ranged from network executives to newspaper columnists. Maria Elena Salinas, an Emmy-award winning anchor of Noticiero Univision, and Henry Alfaro, a newscaster and founding member of the California Chicano News Media Association, were inducted into the NAHJ Hall of Fame. 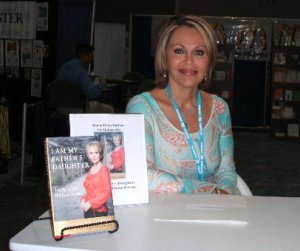 Immigration reform was a constant theme throughout the Convention. Sometimes with so much emphasis the topic took over the seminar. This was the case in “Missing the Mark: Newsroom Diversity In a Time of Latino Activism” where Chicano activist Juan Jose Gutierrez called immigrant workers modern day slaves.

A controversial interview took place via satellite with Ricardo Alarcon the president of the Cuban National Assembly. Among the topics discussed was the treatment of journalists in the communist nation.

The convention included a Media Career Expo where sponsors had booth space. Media represented in the exhibit space included South Florida newspapers the Sun Sentinel and The Miami Herald as well as national media such as ESPN and National Public Radio. — Melissa Gonzalez contributed to this article.