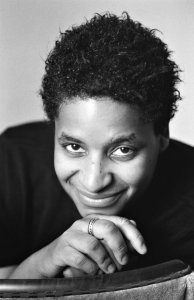 On Friday, June 16, a panel of journalists, anti-war activists, and Iraqi veterans voiced their concern for the media coverage of the Iraqi war and offered suggestions to improve the coverage of individual soldiers, particularly Hispanics, in the workshop “Through the Looking Glass: Latinos in the Iraqi war.” The panel was held during the National Association of Hispanics Journalists convention held at Greater Fort Lauderdale/Broward County Convention Center.

Art Ruson, anchor for KTRK-TV, was panel moderator. Also on the panel were Yvonne Latty, author of In Conflict: Iraq War Veterans Speak Out on Duty, Loss, and the Fight to Stay Alive; Curt L. Brownhill, Air Force Command chief master sergeant, United States Central Command; Jorge Medina, an anti-war activist who lost his son in the war; Camilo Mejia, former National Guard sergeant and conscientious objector to the war; and Juan Rodriguez, sergeant.  They discussed the media’s emphasis on negative issues and the failure to focus on stories that could help people learn more about the purpose of Latino soldiers.

“A lot of people view Hispanics as undocumented immigrants with what’s going on in the media,” said Rodriguez following the workshop. “I would say (of) those who go to Iraq, 50 percent or more of those are Latinos. I think along with everything else you get labeled and it’s important to look closer because a lot of Hispanics are joining military because we are proud warriors and its part of our culture.”

During the workshop, the panelists discussed the lack of media coverage for Latino soldiers and their impression that because of it the public has differentiated Latino soldiers even though they were just as focused as any troop in Iraq. Panelists also mentioned that many stories were overlooked. Medina commented that media outlets didn’t do as much as they could to cover his son’s death.

The speakers also discussed war exaggerations, fabrications, and the notion that negative issues sell much more for the media.  According to some of the panelists, this notion has created anxiety and frustrations for them, especially for Latty who was bashed by some media during her book tour.  The presenters expressed their concern that the media’s focus may have prompted people to view these soldiers as villains; and their belief that many soldiers want the war to end.  The closing thoughts for the workshop involved the panelists’ suggestions for ways to improve Hispanic soldier related coverage.

“There are so many stories in our neighborhood,” said Latty. “Go and interview them because I feel like Vietnam; vets may be seen as the bad guys.”  Following the discussion, Latty provided ways to give a voice to Latinos. “Those who are coming home, we have to see who’s Latino and not be judgmental. Latino journalists should look into the community.” — Sergio Carmona