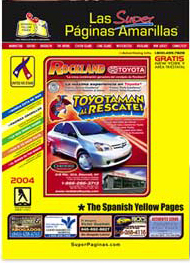 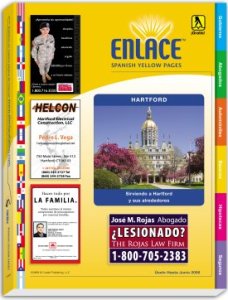 The New York City directory covers the five boroughs of Manhattan, Queens, Brooklyn, The Bronx, and Staten Island as well as parts of Long Island, Westchester, Rockland, New Jersey and Connecticut. Acquisition benefits include a Manhattan based sales force and Enlace resources.

To further its promotional reach Enlace recently signed an endorsement agreement with SFX and Alex Aragon, an emerging PGA golfer from Mexico City.  Aragon wears the Enlace logo on the lapel of his shirt.  He is the second Hispanic athlete to participate in a sponsorship deal with Enlace.  Earlier this year, Enlace launched billboard campaigns in Sacramento, California and Louisville, Kentucky that showcased Francisco Garcia, the Sacramento Kings NBA rookie from the Dominican Republic.

Enlace is a division of Cobalt Publishing, LLC, a subsidiary of Blue Equity, LLC.  For information online visit ElEnlaceLatino.com. Blue Equity is a leading independent, regional, private equity firm based in Louisville, Kentucky.