Small business seminar for Hispanics to be held in Miami 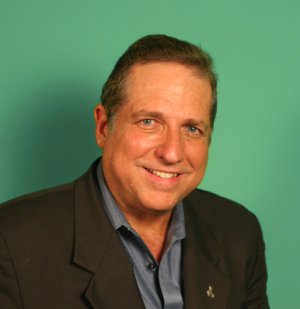 Coral Gables, Florida – Joachim de Posada will discuss “Don’t Eat the Marshmallow…Yet!” during a two-hour evening discussion in Spanish Tuesday, June 20 at the Sheraton Miami Mart Hotel in Miami. The program, based on his book by the same title, is designed for Spanish-speaking audiences interested in opening a business and recently established companies who are not obtaining the results they expected. The evening will close with music “Fiesta Samba” by Brazilian singer and dancer Marta Rhaulin. Cost of admission is $97.

A recently published research study by the U.S. Census Bureau Survey of Business Owners, “Hispanic-Owned Firms: 2002,” shows that growth of Hispanic-owned businesses is triple the national average, revealing a 31 percent increase between 1997 and 2002. This is potentially good news for U.S. Hispanic business owners.

According to event organizers past studies have shown that the majority of new businesses only survive two years. Even though information and data varies between studies, some indicate that between 20 percent and 40 percent of past startups failed during the first two years. This is reflected in a study conducted by Wells Fargo and The National Federation of Independent Business’ Education Foundation which discovered that only 50 percent of businesses with employees continue operating after five years. Startups are mainly micro business, two thirds of which are home-based, and only 21 percent of these enterprises employ additional personnel.

Some believe there is an unifying factor preceding the three major reasons for business failure: inexperience, insufficient capital, and bad location. They are convinced companies who lack knowledge of methodology and strategies used by Fortune 500 companies are less likely to succeed. They believe it is these methodologies and strategies that have guaranteed the success of the Fortune companies after years of research, experimentation, and millions of dollars in investment.

According to marketing and motivational speaker de Posada, it’s all about human behavior, psychology, and emotions. He hopes to share his secrets and teach the audience how to overcome internal obstacles that stop business owners from succeeding. These psychological aspects, he says, are the main reason for the high failure rates in business.

“The goal is to identify my strengths, my weakness, what do I need to change, what needs to be strengthened and what tools do I have to be successful. This is how I can obtain what I want with what I have,” said de Posada.

During the event, de Posada, described in promotional materials as an international business expert, consultant and speaker will review the main 10 factors “all entrepreneurs need to understand to be effective.