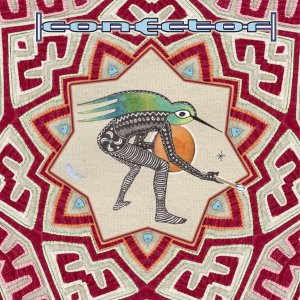 The title, “Conector,” translates with a double-meaning of “with Hector” and also “Connector.” Buitrago is following in the footsteps of Aterciopelados frontwoman Andrea Echeverri, whose twice Grammy-nominated debut solo album was released last year (and produced by Buitrago).

Other contributors to “Conector” are Colombian musicians Ever Suarez, Martina Camargo, and Noel Petro. The album is described by promoters as “a musical and spiritual journey with Hector Buitrago forming connections between different cultures, ways of thought and life through music.” It is said to combine elements of contemporary rock and electronica with traditional Colombian and global rhythms as well as thoughtful and spiritual lyrics. The first single is “Altísimo” featuring the unlikely vocal pairing of Spanish pop artist Alex Ubago and Aterciopelados frontwoman Andrea Echeverri.

The Aterciopelados became known as singers of the hit “Gozo Poderoso” which landed the band on the Top 10 of the Billboard Top Latin albums sales chart as well as a coveted appearance on the “Tonight Show with Jay Leno.”

Buitrago is also working with Aterciopelados to finish the band’s next album, slated for release this fall on Nacional Records. Aterciopelados is scheduled to make a debut appearance at the Hollywood Bowl this summer with a July 8th co-headlining date along with Bebe, Reyli, and Mexican Institute of Sound (MIS).

To listen to Hector Buitrago “Altisimo” song from the recently released “Conector” album scroll down on HispanicMPR.com until you see “Podcast” on the right hand side, then select “Hector Buitrago Altisimo” by clicking on the title or on the play button. You can also download it to your iPod or MP3 player to listen on the go, in your car or at home. To download it, click on the arrow of the recording you wish to copy and save to disk. The podcast will remain listed in the June 2006 section of the podcast.