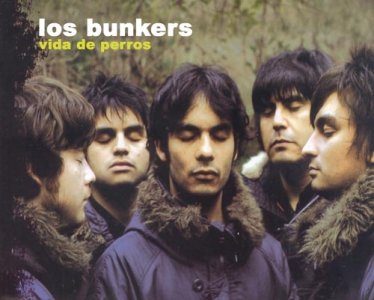 Chilean rockers Los Bunkers recently had their U.S. debut on Nacional Records.  After a steady rise to fame in Chile and three albums under their belts, Los Bunkers bring their Brit-pop infused rock to U.S. shores.  “Vida de Perros” (“A Dog’s Life”), they feel, is sure to please fans of The Kinks, Franz Ferdinand, and The Strokes.

According to their promoters, the album was received with open arms by Chilean audiences in the tens of thousands during the “Gira de Perros” tour, and the album’s heavy radio play in Mexico of the first single “Llueve Sobre La Ciudad” created a hit single there.

To listen to “Llueve Sobre La Ciudad” by Los Bunkers from the “Vida de Perros” soundtrack, scroll down on HispanicMPR.com until you see “Podcast” on the right hand side, then select “Llueve Sobre La Ciudad,” hit the play button or download it to your iPod or MP3 player to listen on the go, in your car or at home. To download it, click on the arrow of the recording you wish to copy and save to disk. The podcast will remain listed in the May 2006 section of the podcast.