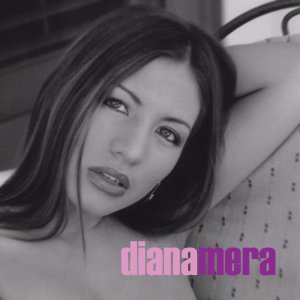 “Dianamera” the album from Ecuadorian singer Diana Mera is available on iTunes, Apple’s online music store store that recently sold its billionth song. Described as “a strong and unique exponent of the Latin Pop genre,” Mera is a composer (BMI) and an actor; she was part of The Vagina Monologues play. She is recording her second music album with producer Gustavo Borner, a two time-Grammy winner, composer Dany Tomas and song writer Claudia Brant.

Mera was born in Quito, Ecuador and was raised in Lima, Peru. She has lived in México, Venezuela, Switzerland and the U.S. were she now resides. Mera, who always wanted to sing, started her career on television shows such as “Despierta América” on Univisión and “De Mañanita” on Telemundo.

ITunes has software that allows users to house or access a music library, Internet Radio, music store, video playing and buying and the popular Podcast format. Mera’s music becomes part of itunes thanks to Iris Distribution who extended a contract to SGM Records that enables distribution of her music worldwide.

To listen to “Besame” by Diana Mera from the “dianamera” soundtrack, scroll down on HispanicMPR.com until you see “Podcast” on the right hand side, then select “Besame,” hit the play button or download it to your iPod or MP3 player to listen on the go, in your car or at home. To download it, click on the arrow of the recording you wish to copy and save to disk. The podcast will remain listed in the May 2006 section of the podcast.