“The Hug” by Romero Britto

Internationally-known South Florida artist Romero Britto will sign “The Hug” posters during a visit to Fort Lauderdale from 1 to 4 p.m Thursday, April 27, 2006. The event,  sponsored by the Broward County ”Public Art and Design” program, will take place at the Rental Car Center of the Fort Lauderdale-Hollywood International Airport.

Britto’s work, popular among many Hispanics, was nurtured in South Florida, where many Latinos make their home. Twenty one percent of the population in Broward is Hispanic, according to Broward representatives. 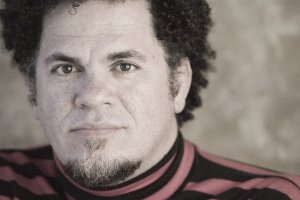 In the last 16 years, Britto’s reputation as one of the most famous new artists of his generation has been firmly established. Today his work is collected by many including personalities such as Arnold Schwarzenegger, Michael Jordan, Dustin Hoffman, Gloria Estefan, Andre Agassi, Eileen Guggenheim, and David Rockefeller.

Britto has been part of the international art scene since 1989 when he was commissioned by Absolut Vodka along with Keith Haring, Kenny Scharf and the estate of Andy Warhol, to design a bottle label for their advertising campaign. His recent corporate requests include: Disney, Evian, Pepsi-Cola, Volvo, Royal Caribbean, Unilever and BMW. He was also invited to paint eight cows for the famous public art exhibit, CowParade in New York.

In January 2006, he spoke at the World Economic Forum in Davos, Switzerland along with artists Christo and Jean-Claude, actors Warren Beatty, Michael Douglas, Morgan Freeman and Angelina Jolie as well as architect, Rem Koolhaas. Also in 2005, he was named the state of Florida’s Ambassador of the Arts.

Founded in 1976,the Broward County public art program took a dramatic shift in 1995 when the allocation from county construction was changed to two (2) percent.  The program was renamed “Public Art and Design” to reflect a renewed dedication to enhancing architecture and urban spaces through the ideas and creations of visual artists.

One Response to Romero Britto to sign posters in Ft. Lauderdale, Florida this Thursday