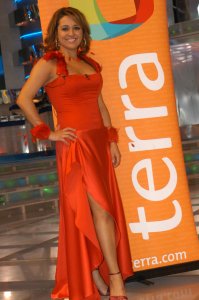 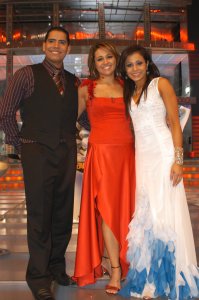 Nohelia, a resident of Miami of Honduran origin, was awarded $10,000 following her interpretations of “Te Quedó Grande la Yegua” and  “Que Ganas de No Verte Nunca Más.” Four and fifth place winners were Afid, from Houston, Texas and Yohigei, from South Gate, California.

Special invited guest was Yahir, the runner up of the first generation of La Academia, winner of the first Desafio de Estrellas and star of the novelas Soñarás and  Enamórate, who presented two songs from his triple-platinum album “No Te Apartes de Mi.” Other invited guests included Azteca talent Pedro Sicar, Aylin Mújica and Luis Felipe Tovar.

Program host Fernando del Solar presented the final concert. The judges were Adrián Pieragostino, María Conchita Alonso, Lolita Cortés and  Arturo Lopéz Gavito. The top participants of La Academia USA will be gearing up for a summer concert tour that will also feature talent from prior La Academia generations. For more information, visit the official website of La Academia USA