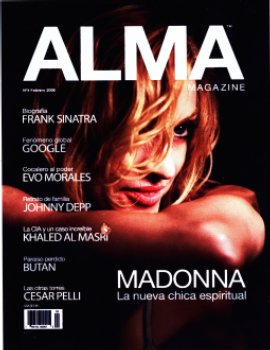 Alma Magazine, a Spanish language publication, was created for the U.S. Hispanic market by CBA, a partnership that includes Editorial Atlántida, one of the most prestigious publishers in Argentina. Following several initial issues in 2005 and 2006, Alma Magazine publishers are poised for growth and hope to secure a strong position in the market.

“The selection criterion for our database considers both economic and educational factors, as we understand that intellectual development is a crucial component of any individual,” said Alejandro Gasquet, publisher and editor of Alma. “Alma is a media vehicle where intelligence meets good taste, representing the values and interests of our readers.”

The magazine’s circulation strategy is based on a proprietary database of 100,000 that allows the execution of a highly targeted controlled distribution plan aimed towards upscale socioeconomic U.S. Hispanic households. The majority, 80 percent, of the magazine distribution is by mail, certifiable by the U.S. Postal Service. The rest is distributed through business centers, offices, and events. Annual subscriptions cost $49 for 10 issues. 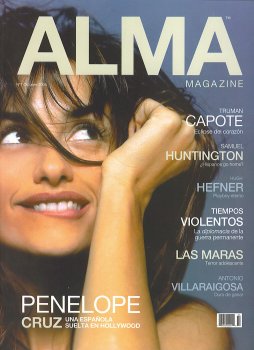 Starting in February, Source Interlink began to distribute Alma nationwide, making it available at Barnes & Noble, Borders, and other major bookstores and selected newsstands across the country. The magazine is in the process of reaching an agreement to be audited starting in May.

“We are proud to represent such an exceptional product as Alma and to be able to offer national advertisers this unique opportunity to reach upscale Hispanics in their language of preference on a national level,” said Amelie Ferro, vice president of business development.

Publicitas LHM, with offices in Miami, New York, Dallas, and Los Angeles, is the national advertising sales arm of Alma. Publicitas is the U.S. Hispanic division of Publicitas Latin America (originally Charney/Palacios).  For more information about the Magazine call 305- 416-6001 or visit Alma.