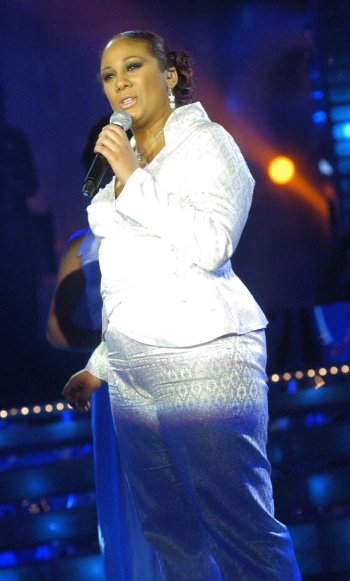 Mexico City, Mexico – In concert eleven of La Academia USA, Diana, a very talented contestant from Chula Vista, was voted off the show; Iván and Mariana are slipping in eyes of judges; Jazmín has "the makings of a star" according to some; and Adán sang well.

“I feel very sad, but at the same time content, because I’m going to be able to demonstrate many things here outside. There’s much more of Diana to go around,” said the 20-year-old entertainer.

Diana was on born on Sept. 6, 1985 in Tijuana. She showed an aptitude for music at an early age, and under the guidance of her grandfather studied the violin, flute and piano. She said that her relationship with the Puerto Rican contestant, Frankie, will continue. With ten contestants as of concert eleven, the La Academia USA action heats up as contestants continue to pursue their dreams.

“You were daring and I like the way you faced the judging panel. You took a worn-out ballad and showed that you are a stellar artist in any genre,” said López Gavito.

Next was Iván, from Phoenix, with “Te Buscaría.” His performance was described by judges as “boring” and “disappointing” due to recurring errors. Lolita Cortés concluded that part of the blame was with the La Academia USA instructors. Frankie received a surprise when his parents were invited on stage. His feelings appeared to get the best of him when he sang “En mi Viejo San Juan.”

“You were a little rigid, as you have been in several occasions. You were nervous in front of your parents, but don’t abuse your vibrato and continue to grow,” said the judge María Conchita Alonso.

Mariana, from El Paso, gave a disappointing performance with "Me Asusta, Pero Me Gusta.” Lolita Cortés blamed the results on the scenography and song selection. Afid, from Houston, received the second surprise of the evening when his mother and wife were invited onstage while he presented “Volveré.” Gustavo, from Santa Ana, California sang “La Camisa Negra.” His nervousness once again was blamed for a lackluster performance.

“Your moves were good. You have a strong voice. However, your challenge was timing. You approached the song with fear, and that wasn’t good,” said Adrián Pieragostino.

Nohelia, a Honduran contestant from Miami, once again showed her versatility with "Como Olvidar.” Then Yoshigei interpreted the hit song “Listen to Your Heart,” in what was considered by many to be one of the best performances of the evening. Adán’s performance of “Mi Bombón,” was described as sensual and beyond.  Finally, Jazmín closed the evening, with her interpretation of “A Mi Manera,” dedicated to her father who passed away when she was nine.