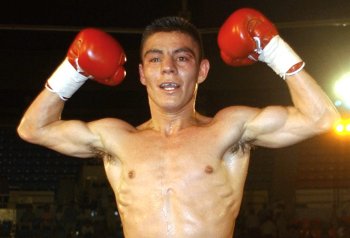 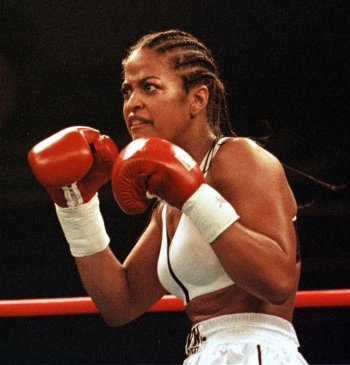 Jacqueline “Aztec Princess” Mouett Nava was born in Tijuana Mexico in 1980. She lives in Tijuana, trains in San Diego and fights as a boxer and kickboxer. She currently holds the WBA Female Bantamweight title and the WBC Female Super Bantamweight title. As a kickboxer she became the IKKC Female North American Muay Thai Featherweight champion. Her record shows 14 fights, 12 wins (eight by knock out), one loss and one draw. Kelsey “Road Warrior” Jeffrey was born in Gilroy California in 1975. At 13 she moved to Hawai where she became involved with kickboxing. She eventually became a champion and then switched to boxing. She started boxing as an amateur in 1994.  After coached boxing in Japan she returned to California and won the California Golden Gloves title from 1997 to 1999. Kelsey made her pro debut in 1999. Her record shows 41 fights with 33 wins (two by knock out) and eight losses.