Ft. Lauderdale, Florida – In an effort to support bilingual and bicultural nurses nationwide, the National Association of Hispanic Nurses (NAHN) and LatPro.com formed a strategic partnership. Coinciding with the re-launch of NAHN’s Web site, the heart of the partnership is an integrated Job Center powered by LatPro.com, a leading employment Web site for professional Hispanic and bilingual talent in the Americas. In addition to assisting current nursing professionals with their career goals, the NAHN-LatPro partnership prompted the creation of a new LatPro-sponsored scholarship program that will provide financial assistance to Hispanic students pursuing nursing degrees.

In the United States , there is a significant shortage of multicultural, Spanish-speaking personnel in nursing and other health professions. This disparity is particularly evident in nursing, where Hispanics are vastly underrepresented at a only 2 percent of the nursing workforce, a stark contrast to the 14 percent represented by Hispanics in the total U.S. population. Looking ahead, healthcare for Hispanics will be further impacted by population increases. Accounting for half of the 2.9 million U.S. population growth from 2003 to 2004 (U.S. Census Bureau), the Hispanic growth trend is expected to accelerate. This and a shortage of Spanish-speaking students choosing healthcare careers, translates into an ever-increasing number of Hispanics facing a lack of healthcare professionals who speak their language.

"We are very pleased to have developed this relationship with a company like LatPro that understands the needs of our unique membership,” says Rudy Valenzuela, MSN, RN, FNP-C, president of NAHN. “ Our combined efforts will bring employers and bilingual nurses together, helping to address the need for qualified Hispanic healthcare professionals.” 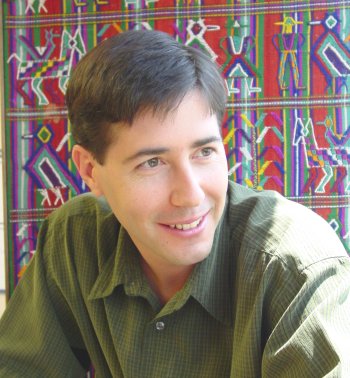 “As the nation’s population becomes more diverse, the need for a healthcare workforce reflecting that diversity becomes increasingly essential ,” says Eric Shannon, president and founder of LatPro. “We are pleased to support NAHN in its efforts to address the acute shortage of Spanish-speaking nursing professionals in our communities, and we are proud to play even a small part in the solution by funding a scholarship program.”

Since its inception in 1975, the National Association of Hispanic Nurses has grown to 37 chapters across the United States . NAHN strives to improve the nursing and health-care delivery system in the Hispanic community, in addition to promoting equal access to opportunities for Hispanic nurses. Educating students on the growing demand for opportunities in healthcare, providing mentoring and scholarships are of special focus. NAHN’s bilingual journal, Hispanic Health Care International, is published three times a year. More information on this organization is available at NAHN

Since 1997, LatPro has become a leader providing online employment resources for Hispanic and bilingual professionals. With more than 275,000 members and 90 of the Fortune 100 companies using its service, LatPro is one of the largest diversity employment sites in the U.S.  Further information is available at LatPro