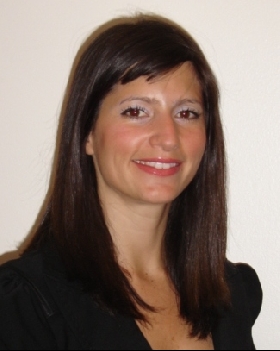 Los Angeles, California – The Hispanic Public Relations Association (HPRA) announced that Romina Bongiovanni will again lead the organization, while Leticia Rhi Buckley will be vice president. Returning members of the executive board include Michael Delgado as treasurer and Leticia Marquez as secretary.

“It is difficult to articulate how excited I am when thinking about our present plans for 2006,” said Bongiovanni. “I am honored to have been given the opportunity to serve as your new president.”

According to Bongiovanni, this year the organization  plans to strengthen its member base outside Southern California and to launch a national committee. More professional development opportunities are also planned  including partnering with the Hispanic Market Pro to hold monthly webminars on diversity and a half-day seminar in Los Angeles with various workshops for entry and mid-level professionals. In October, HPRA will hold its Premio Awards and scholarship dinner, an event that recognizes professionals in the communications industry and awards $10,000 in scholarships.

Romina Bongiovanni, a multicultural public relations professional with expertise in the mainstream, Hispanic and African American markets, has more than six years of experience in the field. She is senior account supervisor and western region manager for Edelman Diversity Solutions, where she oversees strategy development and planning for clients such as Starbucks, Merck, Loreto Bay and the New Mexico Tourism Board. She manages new business development for Edelman’s diversity practice in the western region. Prior to Edelman, Bongiovanni worked at RL Public Relations where she was responsible for planning and executing public relations campaigns for clients such as Sears, Roebuck & Co., the California Milk Processor Board (Got Milk?), the National Honey Board and Johnnie Walker.

Leticia Rhi Buckley has had extensive experience in the general and Hispanic markets, with a 12-year career that has included positions at KROQ-FM, Ticketmaster and more recently, running her own marketing and public relations firm, The Selling Point. She is currently director of Marketing and Communications for the Music Center of Los Angeles County where she oversees all marketing efforts for the dance at the music Center series, Speaker Series, family programming and informal arts initiatives including community and media outreach. Leticia has been featured on KTLA’s “Making It: Minority Success Stories” and was named as one of Hispanic Magazine’s 100 most successful Latinas in the nation in 2002. Michael Delgado is senior account executive with La Agencia de Orcí and Leticia Marquez is senior media relations officer at the University of California at Los Angeles.

HPRA was founded in 1984 as a nonprofit organization to establish a network of Hispanics employed in the public relations profession in the Southern California area. HPRA has more than 150 members representing public relations, marketing and advertising professionals from agencies, government, non-profit and corporate companies. HPRA is dedicated to the advancement of Hispanic professionals and provides educational seminars and workshops throughout the year. HPRA also grants scholarships to Hispanic students attending Southern California universities and honors notable individuals in the communications field at its annual PRemio Awards.