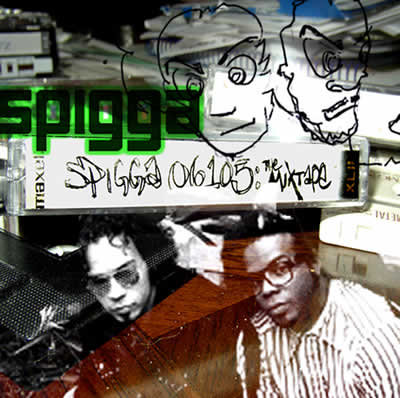 Spigga, led by Giovanny Blanco, members are gearing up for a series of West Coast dates in support of their just-released album ‘06105: The Mixtape’ (Supermercado23/Navarre Corp.)  Spigga hopes to make music for "iPods that ache to be boomboxes." Giovanny Blanco is the host and producer of the popular “LATV Live” program and a former double-time doing frontman of Latin punk merrymakers Viva Malpache).  The group is rounded out by Blanco’s collaborator Jaswho?, a house music master (Soulmine Records).  Friends and musical collaborators since they met in Hartford Public High School in the late 1980s, California transplants Blanco and Jaswho? named the album ‘06105’ as a shout-out to their Connecticut hometown. 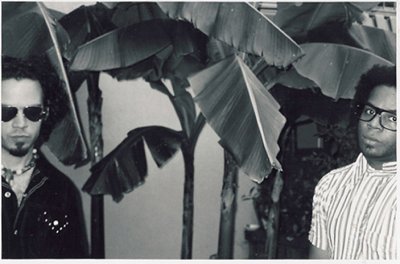 Spigga’s latest waves were with the bilingual cover of “People of the Sun” for the new Rage Against the Machine tribute album ‘Tributo a Rage Against the Machine en Espanol’.  The track was recently named a Prioridad Discografica by Radio & Records magazine.  It was selected as the first single for the album, it also appears on Spigga’s own album. Spigga also created two off-the-wall videos for the single and commissioned seven remixes performed by Nova of NYC’s Pacha Massive and BradElectro from San Francisco.

Spigga are also indie favorites of a growing number of music supervisors, with the song “Papa Knows” landing on FX Networks’ The Shield, as well as the films "See Jane Run" and "First Snow."  When asked to describe his group’s appeal, Blanco commented, “It’s quite simple, we’re a taco truck version of Hall and Oates.  ghetto muzak.”

Spigga, a full six piece band at its live shows, is an internationally-flavored act with members from the Dominican Republic, Nicaragua, Ireland, Mexico, Oakland, and New Jersey.   Spigga was formed officially several years back after the response they received from their song "Papa Knows" (on the CD). The members of Spigga (Giovanny Blanco and Jaswho?) are high school friends and have been writing songs together since high school. They grew up in ethnic neighborhoods: Jaswho? in Hartford, Conneticut  and Giovanny Hartford in Jersey City, New Jersey and the Dominican Republic. When they were growing up, Latin Music and street culture were a part of their lives. Spigga lyrics are in Spanglish, sometimes English, sometimes Spanish and sometimes mixed together. Spigga describes its style as "Maniacodepresivopsychosexual."

Spigga, unsatisfied with the taste of the current music scene, created their own flavor, "Un mundo with no boundaries (a world with no boundaries) where funk and rock collide, house and industrial reside with soul and garage goofiness; drum and bass become guitars, drum and bass, but el sancocho doesn’t stop there."