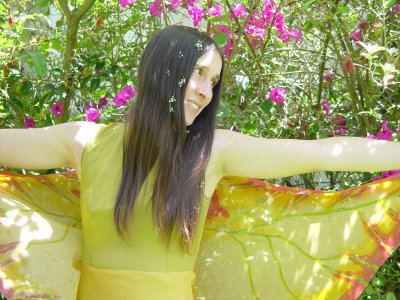 Best known as the frontwoman for acclaimed Colombian Latin alternative band Aterciopelados, Andrea Echeverri has captivated audiences with her "potently melodic brand of feminism."  After the success of  "Gozo Poderoso," which landed Aterciopelados on the Top 10 of the Billboard Top Latin Albums Sales chart as well as a coveted appearance on the "Tonight Show with Jay Leno," Echeverri took time off for the birth of her first child Milagros, who has become an inspiration.  The result is the self-titled album “Andrea Echeverri,” Andrea’s first solo release.  The disc, produced by Hector Buitrago from Aterciopelados and mixed by Thom Russo (Juanes, Kinky, Johnny Cash), also features a remix from Richard Blair (Sidestepper). Andrea Echeverri and Aterciopelados fans can look forward to a special iTunes-only release of an acoustic live session recently recorded in the iTunes studio available beginning on Dec. 20, 2005.