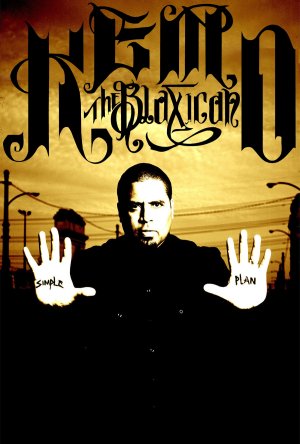 “We are particularly excited about Nacional’s new e-label, Nacionale,” says Ray Farrell, VP of Content Acquisition for Emusic.  We have done very well with Nacional Records’ excellent catalog to date.  The Nacionale e-label will bring an array of hard to find Latin artists to the forefront.  We believe that the appeal of Latin alternative music extends to music fans of all cultures, and Emusic is proud to help bring this music to a new audience.”

“At a time when CD sales are dropping, we recognize that Latin Rock, Hip-Hop, and Electronic music are making great strides in the digital arena,” says Josh Norek, Nacional’s VP of Business Affairs & Media Relations.  “We’ve been thrilled to see 15-20% of our album sales take place on iTunes and Emusic alone.  We’re also seeing strong sales with iTunes Europe, with several releases charting on iTunes Spain.”  Label President Tomas Cookman adds “With a nod to the future, we’re in a position to offer digital distribution and marketing to some of our favorite labels and artists, be it a rock label like Pop Art in Argentina or a veteran Hip-Hop MC like Kemo of Delinquent Habits.  Because of the large college and youth audience for our music, we’re seeing extremely fast growth in the digital world from this internet-savvy demographic.”

Nacional/Nacionale is in the final stages of signing more indie labels and artists.   Nacional/Nacionale’s initial exclusive E-label signings thus far include: Pop Art Records (Argentina), which is often hailed as the Argentine answer to Sub Pop. Pop Art remains the leading indie label in Argentina, and boasts an impressive roster of cutting-edge acts.  La Oreja Bizarro Records (Chile), a fast-growing indie label in Chile, it is home to an eclectic roster of acts including electronic groovemeisters Bitman & Roban and Los Bunkers. MC Kemo the Blaxican (U.S.), a Los Angeles-based former frontman of popular Latin Hip-Hop act Delinquent Habits, which sold more than a million units worldwide in the late 90’s on the strength of singles like “Tres Delinquentes” and “The Kind”.  His new solo album "Simple Plan" features the lead-off single “La Receta.” Reyes del Bajo Mundo is a El Salvador-by-way-of-NYC Hip-Hop crew that has been earning a name for itself with strong live performances and the videos for “Donde” and “Nuevo Musicon”, which have seen airplay on MTV-Espanol, Mun2, and SiTV.  The tracks are from their new album ‘Nuevo Musicon.’ 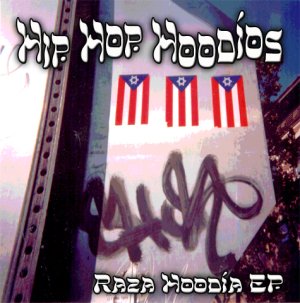 Others include: Hip Hop Hoodíos, for whom Nacionale is re-releasing the now out-of-print "Raza Hoodia" EP which features fan favorites “Havana Nagilah” and “Ocho Kandelikas.” The EP led to the group’s eventual signing with Jazzheads Records for their follow-up full length album "Agua Pa’ La Gente."  Guests on the EP include members of Jaguares, Orixa, and Los Mocosos. Bayu, a popular Los Angeles indie band that has made a name for itself with their multicultural fusion of funk, rock, Brazilian, and Latin influences.  Named by Los Angeles New Times as the “Best Latin Band” in 2002, Bayú has drawn favorable comparisons to kindred spirits Ozomatli, and have had numerous tracks featured on major label compilations.  Bayú’s debut full length CD ‘Super Mofongo Beat’ is now available for the first time ever digitally via Nacionale. La Monaretta, one of Colombia’s leading electronic acts, has made its debut album "Electronoche" available for the first time digitally.  Led by local BMX champions Andres Martinez and Camilo Sanabria, La Monaretta band members have performed at Colombia’s prestigious Rock al Parque festival and are continuing to create a buzz for their inspired brand of "Caribbean electroniche" and "negroclash" sounds.