Romantic Comedy “Meet Me in Miami” to Premiere 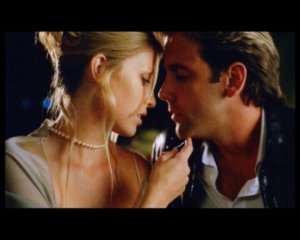 Los Angeles – Palm Tree Productions in association with Servant Productions announced the premiere of "Meet Me in Miami"  starring Carlos Ponce, Eduardo Verastegui and Tara Leniston at the Los Angeles Latino International Film Festival on Saturday, October 29 at 7:30 p.m. at the Egyptian Theatre located at 6712 Hollywood Boulevard in Hollywood, California. Tickets can be purchased at www.latinofilm.org or at the Egyptian Box Office during the festival.

"Meet Me in Miami" is a romantic comedy about true love and its ability to last, even through years of separation.  It stars Carlos Ponce as Luis, a young and handsome heir to a hotel fortune who is about to inherit the family business but decides to risk everything to pursue his first love, Julia (Tara Leniston).  Ten years earlier, at a wishing well in Miami, young Julia promised a young Luis that someday she would come back, but she never did.

Eduardo (Eduardo Verástegui), Luis’ best friend and self- proclaimed expert on matters of the heart, thinks Luis is crazy, but he still agrees to join Luis on a trip halfway around to world to help his best friend try to find true love.  Luis and Eduardo find themselves on a wild and often comedic journey of the heart and an adventure that takes them across the world looking for Julia.

"Meet Me in Miami" was produced by Lisa Abbott, and directed by Eric Hannah and Iren Koster. The original music for "Meet Me in Miami" was written by award-winning composer Misha Segal, who wrote the film’s title song, as well as an additional featured song performed by Carlos Ponce. "Meet Me in Miami" will have a limited theatrical engagement in Los Angeles and Miami in February 2006.  For more information, log on to www.palmtreefilms.com and www.meetmeinmiamithemovie.com.

One Response to Romantic Comedy “Meet Me in Miami” to Premiere