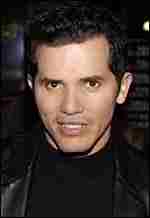 The premiere is a presentation of Piedad Palacios in association with Miami Dade College, Miami-Dade Mayor’s Office of Film and Entertainment and NALIP (National Association of Latin Independent Producers). A percentage of sales will be donated to the victims of Hurricane Katrina.  Destination Films’ “Sueño” opens on September 30 in selected cities.  The film is rated PG-13. Tickets are available at the box office on the night of the event. Ticket donation is $20.00. Advance reservations may be secured by emailing the organizers at miasueno05@bellsouth.net .

John Leguizamo, JoséJosé, Elizabeth Peña and Ana Claudia Talancón star in this inspirational film about Antonio, a young man who gets the once in a lifetime chance to make his dream of becoming a musician a reality. Antonio moves from Mexico to Los Angeles in the hope of sharing his music with the world. Just as he is about to give up after toiling at his uncle’s fast food joint, the "Chance of a Lifetime Mystery Musician Contest" comes to town bringing his chance to live his dream.  On the way, he becomes romantically involved with two very different women.

One Response to New Latin Comedy “Sueño” to Premiere in Miami